With nine runs required off one delivery, you would usually think the batting side has done their dash. Usually, you would be right.

But this is no ordinary game of cricket. This is Last Man Stands, where the last ball of an innings is a â€œHome Run Ballâ€ â€“ if you hit it for six, it counts for twelve.

So when Spider Monkeys batsman Ziad Abbas faced up for the last ball of the Newcastle Open Final, the game was very much alive.

Brimming with confidence after hitting some of the tournamentâ€™s biggest sixes, Abbas cleared the boundary with ease as his teammates sprinted onto the field in celebration.

Ziad finished unbeaten on 52* from just eighteen deliveries as the Spider Monkeys clinched a three-wicket victory over The In & Outs from Toowoomba. 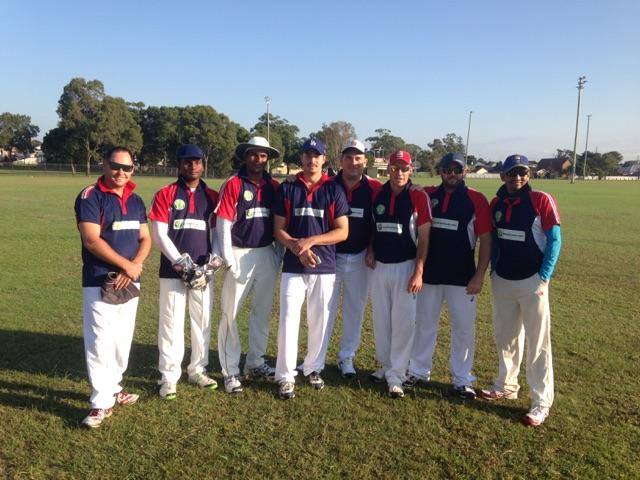 It was a perfect way to end the inaugural Last Man Stands Newcastle Open, which saw twelve teams flock to the Hunter Valley to take part in the eight-a-side phenomenon.

Hailing from Scone, The Minnamurra Magics were competing in their first ever LMS tournament, with Victorious Secret and the Wombats from Sydney also converging on Adamstown Park over the Easter weekend.

Led by the Stolz father/son combination, eventual Plate winners The Bell Birds made the daily commute from the Central Coast in search of the silverware and a Cape Town 2017 World Championship berth.

And what is a tournament without the local favourites? The Flaminâ€™ Husseys turned in a last-ball thriller in their first outing, before Cooranbongâ€™s Got The Runs and The Ringo Stars followed suit to open proceedings on Day Two.

Three sides from the nationâ€™s capital made the trek to Newcastle, with competition heavyweights YesNoWait â€“ boosted by a handful of 3Short members â€“ joined by #wearecbr and the Emus.

Self-proclaimed battlers of LMS cricket, the Emus found themselves one player short just a day out from the tournament. Enter Jay Hircock.

Pulling beers across the road at the Adamstown Bowling Club, Jay learnt of the Open and heard that the Emus were a man down.

â€œIâ€™ll have a run!â€ beamed the barman, who proceeded to make himself one of the most memorable characters of the tournament in his short stint as an Emu.

A number of final-ball finishes and stunning sixes were coupled with an enjoyable, social atmosphere that ensured the first ever Newcastle Open was a massive success.

Will you strap on the pads in 2017, when the Spider Monkeys return to defend their crown? 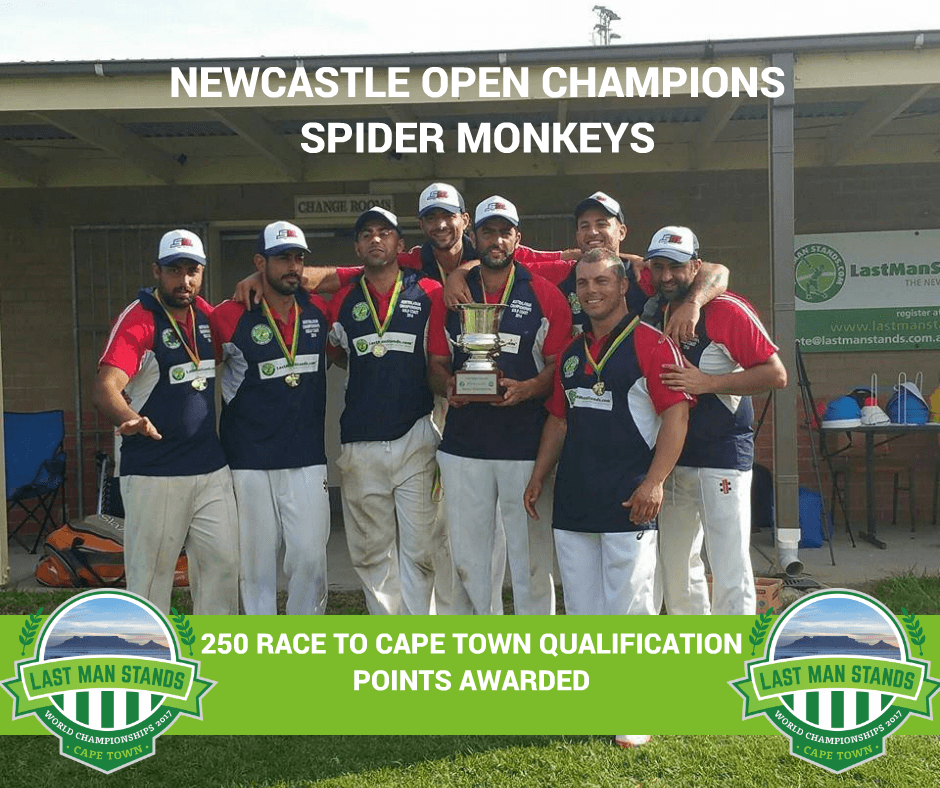 Special thanks goes out to all the sides that made the event such a success, the umpires and the Tournament Director Peter J Bowman.