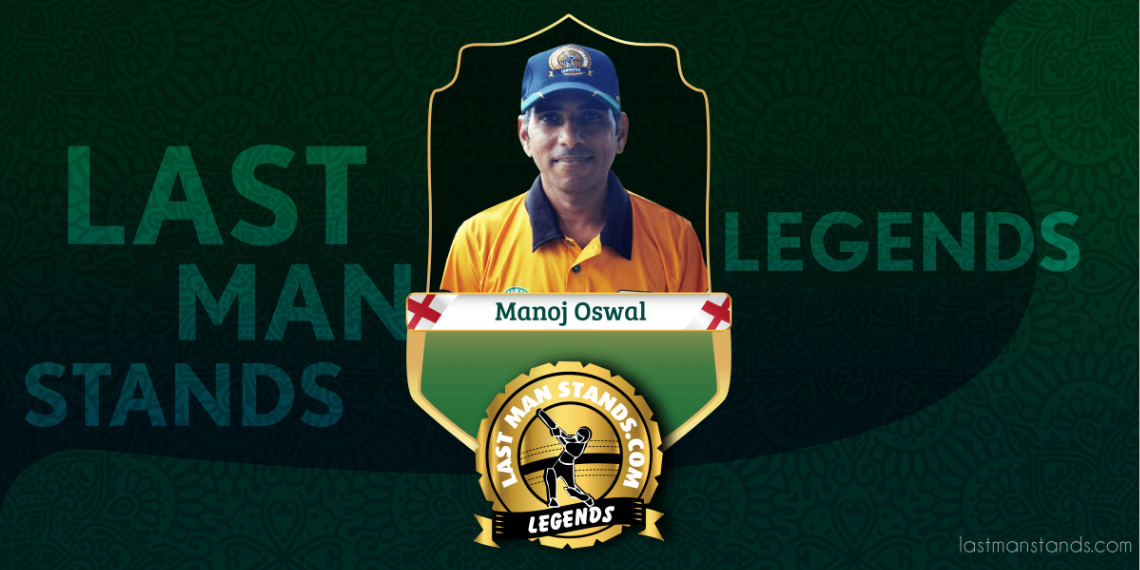 Manoj is only the 2nd player to be crowned LMS Legend in the UK. He joins fellow London LMS player, Simon de San Miguel, who received his Legend cap earlier this year.

A regular since 2008, Manoj has played for an incredible 55 teams - his anchor teams resoundingly being Barclays Cricket Club and Commerzbank. His commitment to cricket (Manoj is a tireless ambassador for Lashings) and LMS, is well known. We are honoured to have him play such a huge part of our London/UK cricket scene.

With over 7500 runs, he sits at 314 in the National Batting Ranking and 254th for Bowling. Manoj, with his many achievements is a regular feature on London’s social media pages.

And already, 2021 has been a massive year for Manoj:

took his 300 th LMS wicket (having taken his 100th wicket in his 100th LMS game, playing alongside Herschelle Gibbs with the Big Guns in the Spanish Open in 2017)

‘Manoj is a true legend of a guy. One of the nicest guys to be on the LMS circuit. His weeks in the summer are filled with LMS games every night and both days on the weekends. He’s now 47, played 434 games and for 55 teams and still going strong. Great effort buddy!’

Now a look at Manoj’s awesome career stats…. fingers crossed he can get that elusive LMS century one day!