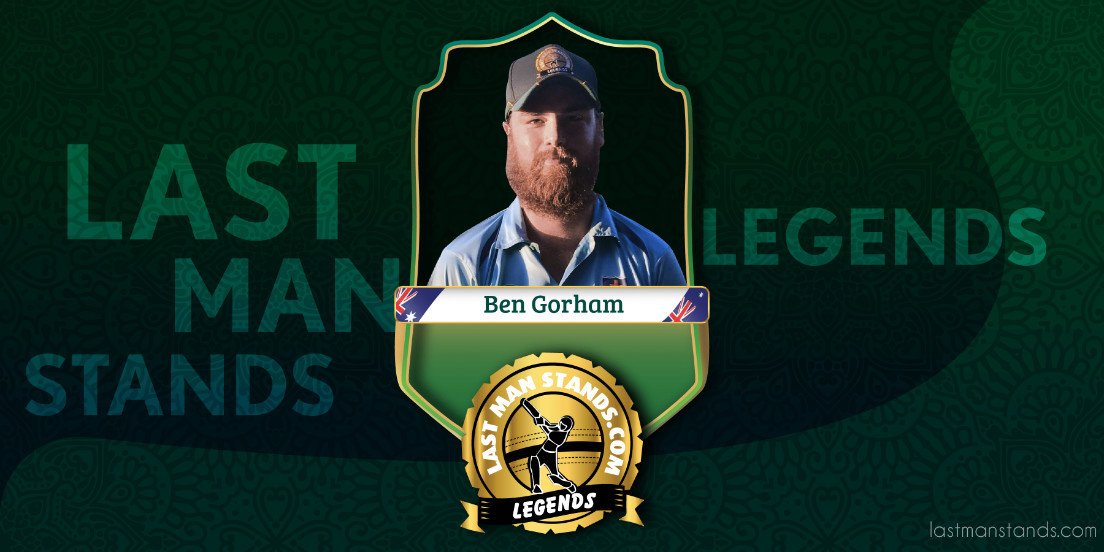 Ben has had a remarkable LMS journey to date since debuting for former LMS Sydney Champions, Team of RAD back in 2010. Some of Ben's highlights would no doubt include:
- Winning LMS Sydney Title with Team of RAD in 2014
- Playing at the 2010, 2013 and 2015 World Championships
- Playing at every nationals apart from 2012

Ben was the 52nd player globally to reach 10,000 career runs. He is currently the 32nd highest run scorer in Australia and 9th in Sydney.

Ben is the 50th highest wicket taker globally. He is currently the 22nd highest in Australia and 5th in Sydney.

LMS has been lucky to have someone of Ben's character involved in the competition from such a young age and for a long time now. He's an incredibly popular member of the Sydney contingent up to nationals on the Gold Coast each year and often seen or helping with management across various parts of Sydney.

Congratulations, Ben!! A ripper of a bloke and a True LMS Legend!!