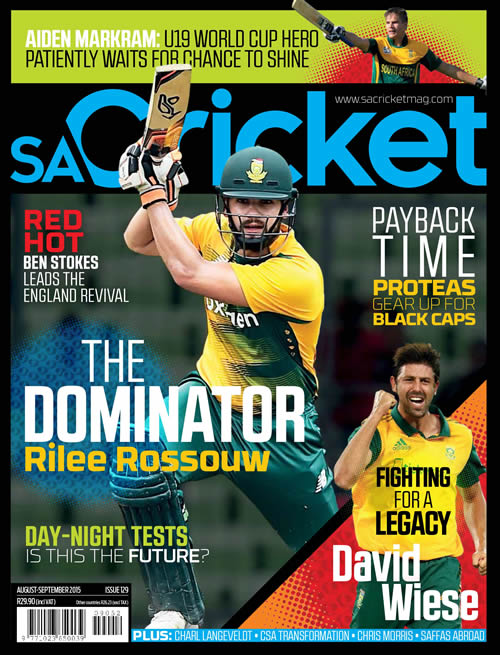 Last Man Stands is an exciting and popular form of T20 cricket played by the public and professional cricketers alike. How is it doing in its 10th year? SA Cricket magazine investigates

When a couple of King Edward VII School old boys with full-time jobs in England rallied a few friends together to play a cricket match, little did they realise it was the beginning of something that would see them leave their jobs, return to South Africa, and organise a brand of cricket that sees over 50 000 people play each year.
In 2005, Bjorn Briggs and Wayne Greve, like many budding South African professionals, left their home shores to pursue financial careers in London, England. Naturally South Africans stick to their own, and it was in that year when the cricket-mad pair met enough equally cricket-mad countrymen to form a triangular T20 series between KES, St Stithians College and Jeppe High School old boys at the London School of Economics cricket ground.Realising the implications a day of cricket had on their free time, busy work schedules and family lives, they adapted the rules slightly to ensure the match would be completed within two hours. The rules were changed to eight-a-side teams and five-ball overs. A new concept of T20 cricket exploded as a result.

In an exciting revamp to the sport's shortest format, the rules were then tweaked further to allow everyone a decent opportunity for game time. If you were the last batsman at the crease you could play on. You had to retire if you reached fifty, but you could return to the crease once all the other batsmen had lost their wicket. Hence the Last Man Stands brand was formed.

'Many of the guys became frustrated with the amount of time it took away from precious family time on weekends, so when the rules were adjusted, it became more enjoyable. Word spread and participation started to increase,' says co-founder Briggs, who moved back to South Africa in 2006 to explore the potential success it might have. 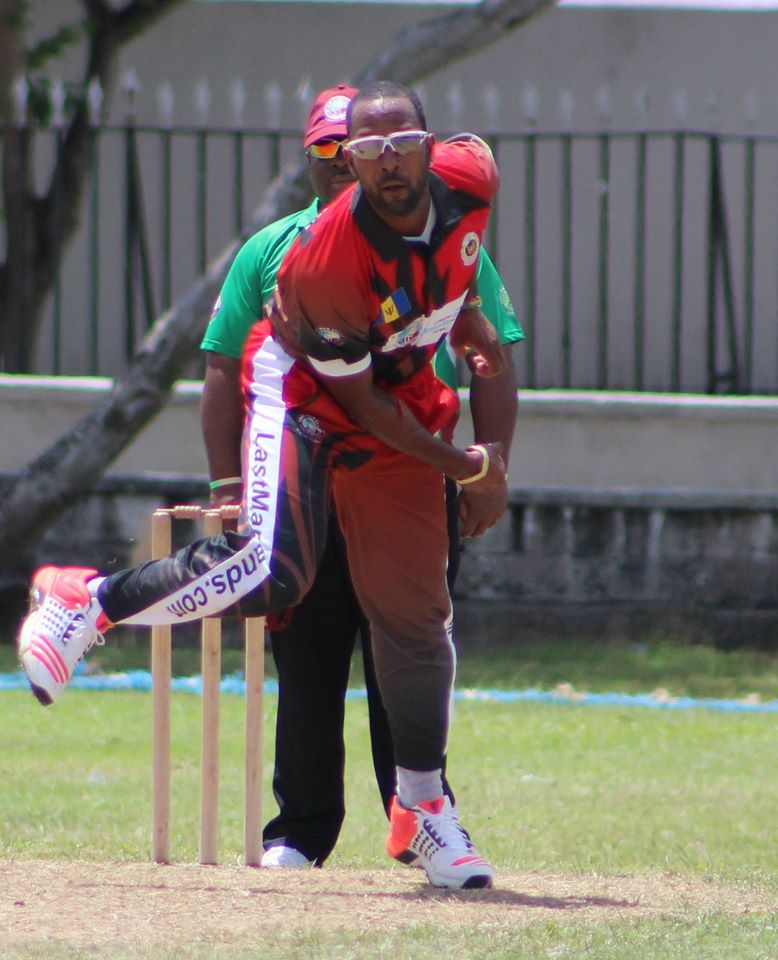 Briggs hosted an open day in Johannesburg towards the end of that year, and high-profile names such as Neil McKenzie and HD Ackerman got on board to promote the concept. 'It was an extremely successful day,' remembers Briggs. 'Hundreds of people of many different ages and backgrounds came, and it was enough to get a league started.'

The inaugural LMS league got underway in October that year at Old Eds in Houghton and involved 16 teams. The dream was becoming a reality. 'A huge pull factor is that people are able to see their stats online. They can check everything from runs scored to their bowling economy rates,' adds Briggs.

LMS is now in its tenth year, so how has it progressed?

'As soon as we decided to create a league, we saw the snowball effect of public popularity. Cricket is such a great sport, so we knew we wouldn't have problems getting it up and running in Australia and even the USA, where there is a large expatriate community,' says Briggs.

There are now 450 teams in South Africa, 700 in England, 650 in Australasia and 20 in the USA. Johannesburg alone has 13 fully functional leagues and there are eight in Tshwane, while Cape Town is beginning to emerge as a popular venue with five leagues, and there are plans to introduce two more later this year.

The innovative minds of Briggs and Greve then established a World Championships in 2010, a tournament which sees teams from each LMS country and beyond flock together to do battle with one another. The first one was at the Gold Coast in Australia, while the 2015 edition was hosted in Barbados in April. The play-off matches took place at the coveted Kensington Oval and the winners, the 'Barbados Defence Force', took home $16 000 for their efforts. 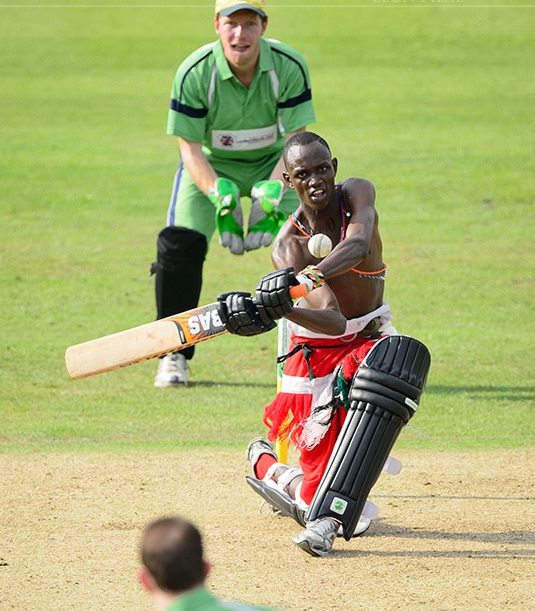 There were 32 teams for the event, 12 of which were from West Indies. 'There was immediately some interest to get this tournament off the ground, and once we had enough teams around the world we did, and it has proved a successful way to grow the brand worldwide,' says Murray Taylor.

There are on average 13 000 games played each year per country worldwide, while according to the LMS online database, there are approximately 50 000 players who play two games or more each year.

The likes of Albie Morkel, Justin Ontong and Quinton de Kock have dabbled in the game over the years, and on Youtube there is a clip of Monty Panesar taking a wicket with his first ever LMS delivery, before conceding back-to-back sixes!Â From 17-21 December this year in Cape Town, 32 teams will take part in the first ever Africa Open. 'It's open to any team from anywhere, so it's a fantastic opportunity to network and experience playing cricket in a different country,' says Taylor.
The winner will receive $4000 worth of LMS vouchers, which will serve as funding for kit and accommodation towards the next world champs.

Costs vary to submit a team into a league for a 12-game season, but players can expect to pay between R80-100 per game. This has proved too expensive for the public at large, which inspired Briggs to take on social responsibility projects.

'The problem is that it does cost money,' he says. 'Ideally we need to get large sponsors and affiliations on board in order to put down the prices and get more people involved. It's something we're working on, but at the end of the day we just want to get as many people playing cricket as possible.

'There are 16 LMS teams in Alexandra playing in an U13 league at Skeen Primary and an U9 league at Bramley Primary, made up of eight boys' and eight girls' sides. We also helped put a team together called the Alexandra Township Chiefs and we sponsored them to fly out to London to play in the 2013 World Champs, which saw them play an LMS game at Lords.

'We did a similar thing with the Maasai Warriors, a side we helped form in Kenya who used to have to walk up to 20km to get to cricket pitches. They visited Lords and have played in two World Championships.'There's a big drive from the public to get the communities involved. It's been a collective effort, and we've got people excited about playing cricket in these areas. They are small steps, but it's something we are proud of. Hopefully we can grab the attention of cricket affiliations in the country as we continue the hard work.

For the time being however, Briggs and co are just concentrating on expanding the concept worldwide. They are currently busy setting up a league in New York, while Pakistan and the Netherlands are their next areas of focus. 'The scope for it is huge,' concludes Briggs. 'We are aiming to double our participation in three years time, and we don't see why we can't achieve that.'

What the professionals say:-

Former Proteas batsman Neil McKenzie, who participated in several games and the 2012 World Champs in Cape Town: 'The game is great fun & very social! Lasts about two hours so still leaves plenty of time for guys to spend with their families.'
Former Springbok Bobby Skinstad: 'Last Man Stands is an excellent way to spend some time with mates. I thoroughly enjoyed playing the game and reviewing my stats and ranking.'
Former England captain Mike Gatting: 'I really enjoyed Last Man Stands and loved that it is short and fun. The rules are very interesting which keeps you on your toes and makes for a really fun game of cricket. I also like the idea that you can get a game in after work.'

Magazine is in stores or visit www.sacricketmag.com where you can download the online versionÂ here.

Magazine is in stores or visit www.sacricketmag.com where you can download the online version here.