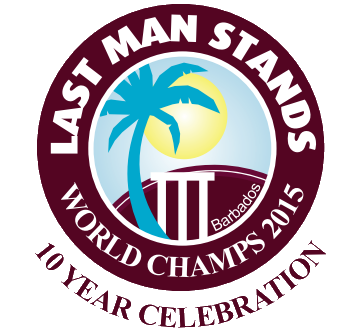 Touch down in Barbados on the 19th of March 2015. The festive opening ceremony at Kensington Oval was attended by over 250 people. The tournament kicked off the following day with group stage games being played at multiple venues across Southern Barbados. With 14 teams new to the LMS match structure, including Cricket Dot Com hailing mostly from Trinidad and Tobago and Westfield Cricket Club from New Jersey United States, it was difficult to predict the outcome of the group stages. In the end it was fantastic to see how quickly these new sides adapted to the LMS format with the majority of these sides dominating their respective groups.

The tournament also saw the start of the Cup of Nations with Barbados taking on Australia at Empire Cricket Club. The days play was a highlight of the tournament and received huge support from local and international sides. The results of the fixture were hugely anticipated but ultimately Australia won, knocking Barbados out.Â

With the group stages coming to an end, teams filtered into their respective quarter finals. [Cup, Shield, Plate and Bowl competitions].

After the quarter finals, we saw Spartan, Wanderers, Barbados Defence Force and Cow Tippers head into the semi-finals. Cow Tippers and Wanderers bowed out leaving Spartan and Barbados Defence Force to battle it out for Cup glory. Â At the same time, the Cup of Nations semi-finals were decided and 2 very strong sides, South Africa and Pakistan, would meet each other in the Cup of Nations finals.

The finals were held at 3Wâ€™s and were streamed live to the world. YesNoWait beat STH-DOR Tigers in the Bowl final, FJT Stallions beat Tradies You Canâ€™t Trust in the Plate final and Â Wildey beat UWI BlackbirdsÂ winning the Shield final.

World Champs 2015 was a well-attended event enjoyed by all. Special thanks must go to all the grounds that the players had the privilege of playing at including Empire Cricket Club, Wanderers Cricket Club, Desmond Haynes Oval, Police Cricket Ground, SJPP, Spartan Cricket Ground, Maxwell Cricket Ground, 3 Wâ€™s and the glorious Kensington Oval. A huge thank you to the Barbados Cricket Association and their Umpires for their support and assistance. Finally, many thanks to our sponsors LIME, Barbados Tourism and Marketing Inc and Banks Beer. Â The biggest thank you must go out to Barbados for being such a wonderful host country Â - we could not have done it without you.Â