Cricket helps asylum seekers settle into Australian life is the title of an article that appeared on www.sbs.com.au. 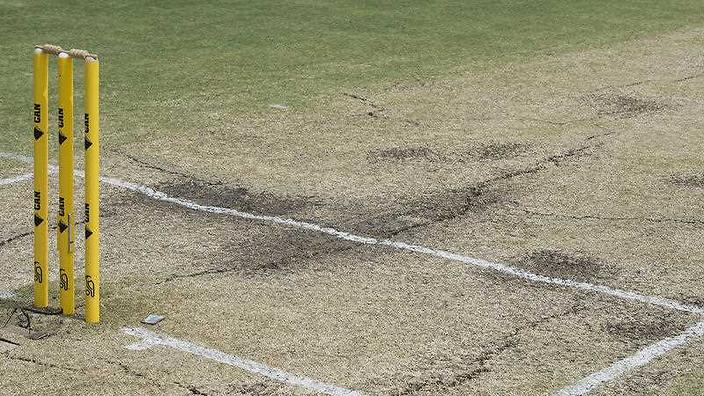 A shared love of cricket is helping a team of Sri Lankan asylum seekers break down barriers and build relationships in Australia, even among some of the most fervent supporters of the country's hardline immigration policies.

The team's name, Ocean 12, is a tongue-in-cheek reference to the way many of the players arrived in Australian waters, part of a wave of Tamils who made the journey to Christmas Island on overcrowded, rickety boats.

"Horrible, starving, no water, big waves," opening batsman Praveen Uruthiran said of the journey, which cost him $2000 and involved 22 days at sea with 120 other people.

Like his team mates, Uruthiran ended up in Villawood Detention Centre in Western Sydney with hundreds of others, unable to work or study while their asylum applications were processed.

Some of the team had been in the centre since arriving in Australian waters six or seven years previously when Last Man Stands, an organisation that runs eight-a-side leagues around the world, started running a competition for detainees.

They then struck upon the idea of organising an "exit side" made up of asylum seekers who had been released from the centre on restrictive temporary protection visas to play in the main Sydney league.

"When the guys first came out of the detention centre and first got involved in the competition, they were all really shy, their English was poor, they had no confidence at all," recalled Last Man Stands organiser Rob Stevenson.

"The early games they played, they really weren't a good side. I remember playing against them the first couple of times and you could see the talent was there, but they didn't have the confidence to express themselves on the cricket pitch."

Stevenson said that changed when they began to build friendships.

"As a result of playing together, making new friends, feeling more part of Australia, they have emerged into an exceptional cricketing side and that's great to see," he added.

The team showed impressive improvement over the first two years and in March Ocean 12 became champions of Sydney.

"I couldn't stay there", says Nathan, who is still unable to work in Australia under the terms of his visa.

"We are really enjoying playing cricket," he told Reuters after Ocean 12 had beaten a charity side by 84 runs on the back of an 18-ball half century fromÂ Uruthiran.

"We are very happy to play with Australian people. They are sportsmen all, so they are very (welcoming).

"And it gives me peace of mind."

The team, who are helped financially by Blue Mountains Refugee Support and Last Man Stands, is not only the best team in the Sydney area, it has become one of the most popular.

"These guys play right out in Western Sydney and there's a lot of guys there, white Australians, who really have a pretty poor opinion of asylum seekers and the whole boatpeople thing," Stevenson said.

"But what you find, when these guys come to games, they bring along food, they help out other teams, they're always polite and now they're by far the most popular team in Western Sydney and all the other teams love them.

"So it's great to see sport transcending the political and social boundaries, and all these other Aussies seeing them as just like them, they love cricket and so do we."