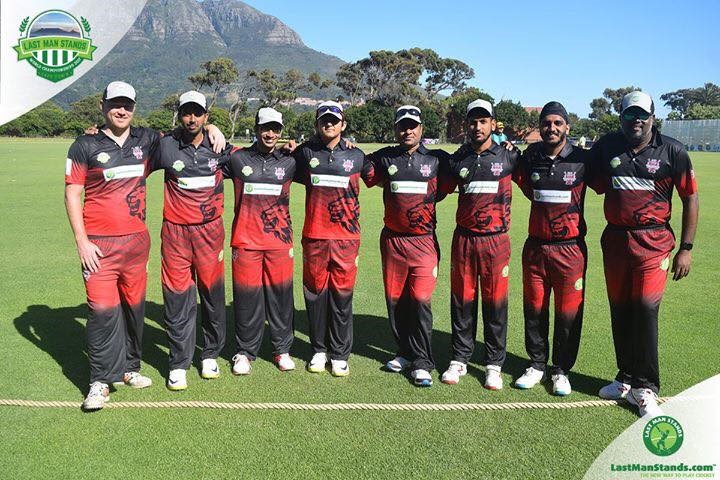 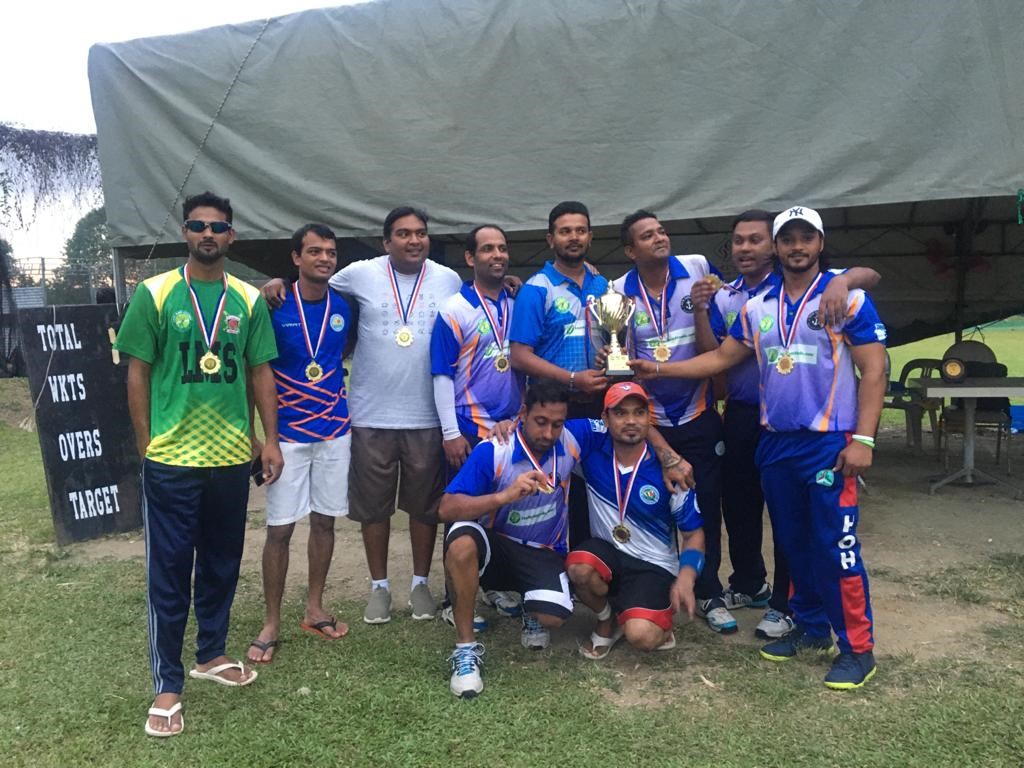 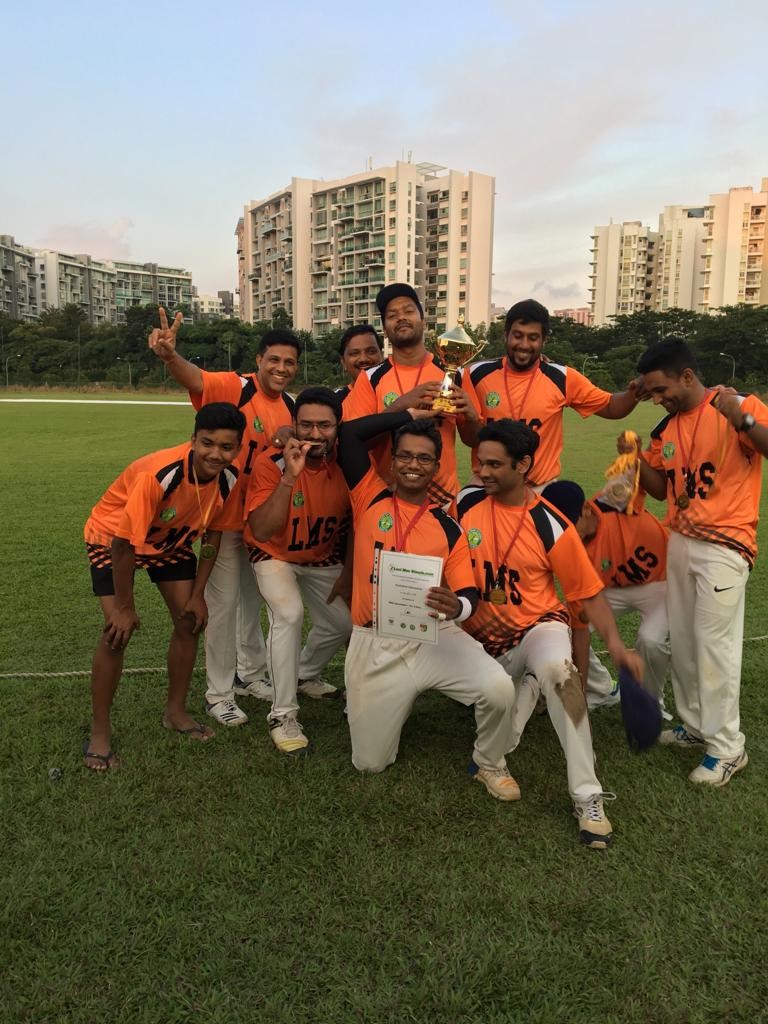 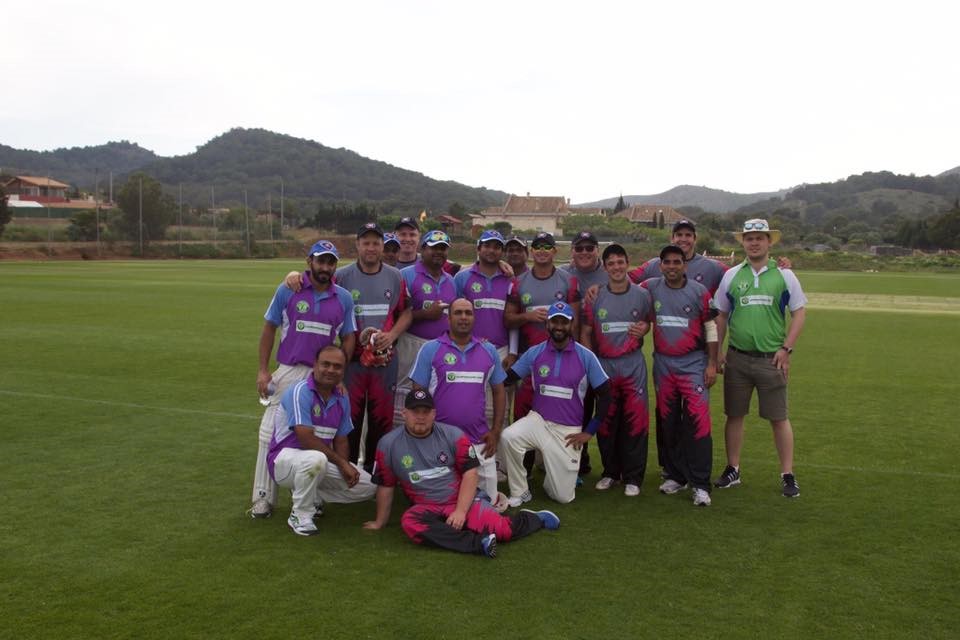 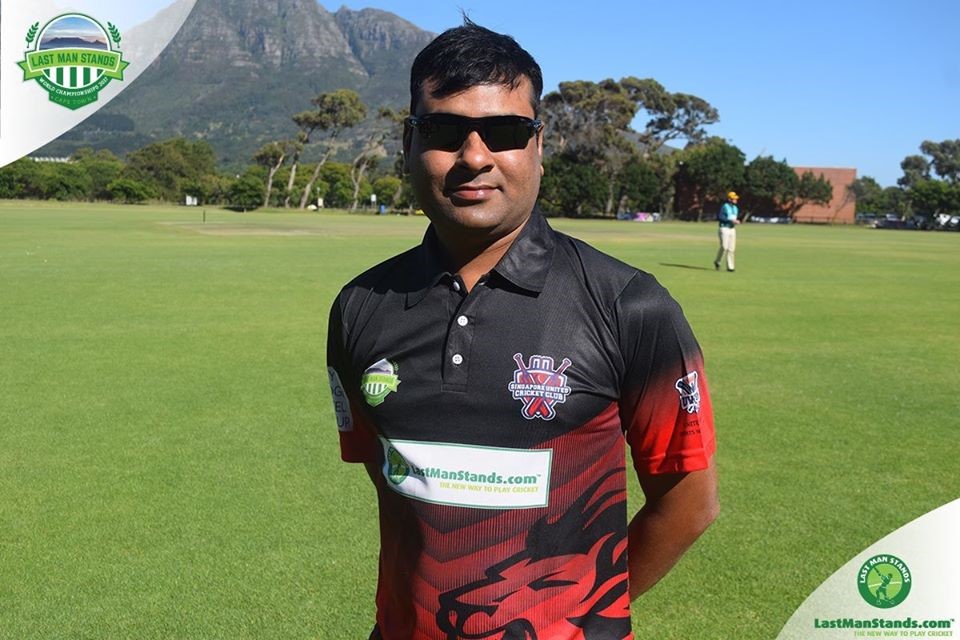 Join Thousands of other Teams and Players Currently Playing LMS 8-a-side T20 Cricket around the world!

We have limited spots available for the teams who will be playing this League. Priority will be given based on first come first serve basis

Total Fees for matches: $300 Per Team Per Game to be paid upfront based on total number of matches.

Deposit or Registration Fee for only new teams: One time annual payment of $320 Per Team or $40 Per Player. Teams can register any number of players.

Deposit / Registration Fee should be paid within 24 hours after registeration and full payment of the league should be done within 1 week from deposit.

* Total fees is inclusive of registration fees of $320 for a team / $40 for a player which also includes a set of official colored LMS Shirts mandatory to wear during LMS matches.
* Matches will happen with white ball & colored clothing.

Details
Our Twenty20 cricket league format suits players of all standards. so keep your inhibitions aside and don''''t worry about how good or bad you are - Get involved and play with Last Man Stands!


- There are Three team trophies to be won : WINNERS. RUNNERS -UP & 3RD POSITION. Man of the match awards in every game & player of the tournament award will be given.

- Teams can register any number of players till the league stage only. Once teams qualify for the knock out stage. no more player registration can be done in the team.

- Every Team is bounded by LMS Terms and Conditions.

Team spaces for the league are limited and League fee needs to be paid before securing a spot in a league. Teams can register any number of players.

We will also be accepting Individual Player Registrations - these players will be placed with teams that require additional players to make a full squad. If you are looking to join a team as an Individual Player please email us at [email protected] with some basic information about your game and we''''ll try to fit you with a squad that suits you.


Its not like any other Cricket League in the World. Its Cricket with a Twist. Or is it?

All 8 wickets are needed to bowl a team out. When the seventh wicket falls. the Last Man Stands (on his own) The Last Man can only score 2. 4 or 6 off any ball
Two players can be dismissed off the same delivery. CAUGHT OUT and RUN OUT.
Five balls per over. maximum of six per over.
If a player clears the ropes (i.e. hits a six) off the LAST available ball of the innings it is worth 12 runs! This rule applies to both the first and second innings.
The non striker can STEAL two runs IF the striker is out caught
Once a batsman has 50 runs to his name. he has to retire. He may return to bat should all other wickets fall.
With our unique rules. everyone gets an equal opportunity to bat and bowl in the course of every match. It is a perfect chance to get your money''''s worth.

New ball for every game.

Manof the match awards. player of the tournament award & Team awards.
Capturing of stats on the Global LMS website.

Every Team gets a TEAM WORLD RANKING which updates once a week.

Every Player receives league. regional. country and Global BATTING and BOWLING RANKING (which is updated once a week).

- More Match Time compared to any other T 20 cricket league

- State of the Art Cricket Venue

- Chance to Participate in the World Championship

- Get selected for World Series & Represent Singapore or your home country while playing in Singapore.

- Photos and Video coverage seen by thousands of people worldwide

IT setup includes:
Live Scoring via our software in Every Match.
Team and Player Profiles with Full Stats History.
Local and World Team Rankings

Be a part of the Road To Australia 2019. Tours and World Championship

- Team can register any number of players till the league stage without any extra cost (with the registration fee of SGD 320 per team). We will give 8 team shirts. If you need any extra shirts. you can order directly at LMS Kit site or can ask us to order for you. Extra shirts will be charged at USD 20  25 per shirt depending on the designs.

- A team should register minimum 8 players at least 10 days before the start of the tournament.

- For any rain cancelled game/walk over team list should be submitted in written to the league manager on the day of match only. If the game is rescheduled then they can change the team list as per the availability of the players. If the game is totally cancelled and cannot be rescheduled then the team list which was submitted to the league manager and the players who were supposed to play in that game will be considered qualified for the knockout stage.**

- In case of teams are short of players. they can ask other teams to give any extra players. Maximum 2 players per game will be allowed to play for the other team and they should bat no. 4 or later and only one can bowl only 2 overs. Top 10 ranked (bowling. batting & all rounder cant be exchanged). Same thing applies for the clubs who have two teams in the league. A particular player can be allowed maximum 2 games for the other team/s to play. This rule is however can be waived off if opponent captain allows the other team to exchange more players or let the exchanged players bat up the order and bowl more overs which should be decided before the match. Opponent will also have the right to allow only 1 player out of 2 exchanged players to bowl more overs and bat up the order. This should be notified to league manager before the game.**

- Shirts & trousers points will be decided by the umpire or league manager and there is no right to the opponent to give points to their opponent if they are not appropriately dress as per the dress code.

- If you have any U 16 player in your team please let us know and we will send the parent consent & disclaimer form for them. Minimum age for junior player is 13 & maximum 2 junior players will be considered per team. They should bat at no. 4 or later and field in the places like 3rd man or fine leg.

- To play in the knock out games. players should play at least 1 LMS Games this season for his team and no player exchange will be allowed in knock out games unless opponent agrees for a particular match. If player exchange is allowed by the opponent in semi finals doesnt mean exchanged will be eligible for finals or 3rd position game. They need to take another approval for next game.

Hope there is no rain for all the LMS matches and at least we get 8 overs each side to complete the game. As per the arrangements with the ground management & match officials. below is the refund policy of LMS Season 8:

- There will be no refund once the bowl has been bowled regardless of number of overs/balls have been bowled. Once the ground is used even for few minutes we need to pay the ground & officials as full. In this case. points will be shared.

- There will be refund of SGD 170 if your match is totally cancelled before using the ground but 2nd match happens on the day. SGD 130 per team will still be charged for the ground as ground is accommodated for you and grounds are booked on half day basis. In this case. no rescheduling & teams will get 4 points each.

Any breach in rule will result in either re-match or game awarded to other team.

- Tied games will be decided by eliminated over. Please refer to the rules & regulation section for explanation.

** Any breach of the players eligibility criteria without opponent approval or permission from league manager will result in strict action and opponent will be given 4 choices:

- Results as it is

- No drink breaks are allowed in between the innings unless someone needs it badly and emergency (both batting & fielding teams) as only 60 mins innings.

- Umpire will keep the record of time and will take into consideration delays due to ball lost. injury. delay from opponent etc.

- If the game is delayed due to ground handover from SeasonedPro (max 4:45 they will handover and usually we get it earlier) then if we deduct 1-2 overs per team due to delay from our side (ground issues etc) then $10 per team per deducted over will be reduced in the match fee. If 2 overs per team are deducted then $20 on match fee will be refunded. There is no deductions of overs until 4:55 pm. 1 over deduction if games starts at 5.

- other delays due to rain. team coming late etc. no reduction in match fee.

- Changing of field in between over is not allowed. Captain or bowlers are not allowed to change the field 2-3 times in between the over. They should decide at the beginning of over. Umpire are not so strict on this as far as you finish the total overs in time.

All participating teams of season 10. 11 & 12 who will not qualify for overseas or SG Open WC qualifiers will be eligible to play in Singapore World Cup qualifying league during (July - Sept 2021).

Top 2 teams from each WC qualifiers will qualify for LMS World Champs 2021 (Clubs World Cup) to be Held in Caribbean.

World Championship 2017 Summary
The 2017 LMS World Championships was held in the picturesque city of Cape Town. South Africa between 9-16 December 2017.
The Championship took place at the best grounds Cape Town has to offer - Western Province Cricket Club and was also streamed live across the globe. 2 teams from Singapore - Marina CC & Singapore United CC participated in the event.

Runners Up - All Stars

WE ARE DELIGHTED TO INFORM YOU THAT MARINA CC PLAYED IN LMS WORLD CUP QUALIFIER IN APRIL 2017 AT SPAIN (LMS SPANISH OPEN) & COMPETED AGAINST ONE OF THE TEAMS WHICH WAS CAPTIANED BY THE SOUTH AFRICAN GREAT HERSCHELLE GIBBS. THEY ARE ALSO EYING THE SPOT AT LMS WORLD CUP 2017 TO BE HELD AT CAPE TOWN. SOUTH AFRICA IN DECEMBER. LMS WORLD CUP HAPPENS EVERY 18 MONTHS AT VARIOUS INTERNATIONAL VENUES. REGISTER TO PLAY IN SINGAPORE LOCAL LEAGUE & TAKE A FIRST STEP FOR LMS WORLD CUP.

All Stars: Runners Up

Player of the match Finals: Jayesh Salgaonkar (All Stars)

Both Jitesh & Balaji have been also selected for LMS Singapore team for LMS Countrys World Cup 2020 to be held in Miami. USA 16-24 Nov 2020. Remaining players will be selected from 2019 world champs & 2020 Singapore open. national champs and overall rankings.

SG United was the only team available from Singapore traveling to Aus during December 2019 to participate at LMS World champs 2019.