The Maasai Cricket Warriors are one of the most talked about Last Man Stands sides around. They have attended the LMS World Champs in Cape Town and London and as a result they have become one of the most traveled LMS sides in history. What is most inspiring however is that the Maasai Cricket Warriors have used cricket as an outlet to raise awareness about the HIV pandemic in Kenya as well as Female Genital Mutilation (FGM). Their plight has now been captured in a film titled 'Warriors', produced by Jimmy Anderson (England Cricket) and Directed by Barney Douglas.Â

The filmÂ has had such an impact that it has been selected to Premiere in Los Angeles at theÂ Hollywood Film Festival on 23 and 26 September 2015. As the Premiere draws close, we call on all LMS players from across the globe to spread the word about this film and if possible head to the World Premiere. If you are in the L.A. area, tickets can be purchased by clicking HERE.

The Film trailer is below - Check it out! 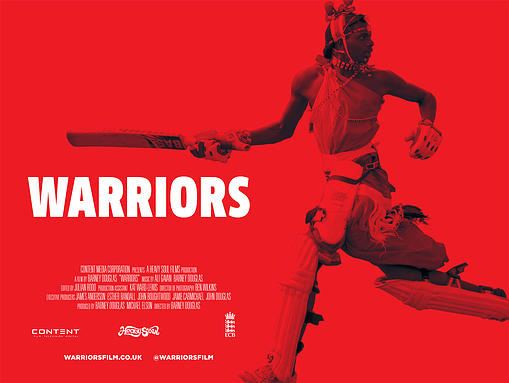