It's been an epic few weeks for Last Man Stands cricket globally with national championships taking place in South Africa, Australia and the United Kingdom, with a place at Lord's at the 2013 World Championships up for grabs!

All three tournaments were fantastic events and few could argue that the most deserving team emerged victorious. Check out the below links for tournament reports, results & stats, and a great group of video clips of highlights from each national championships (these can all also be viewed by the Last Man Stands TV page)! 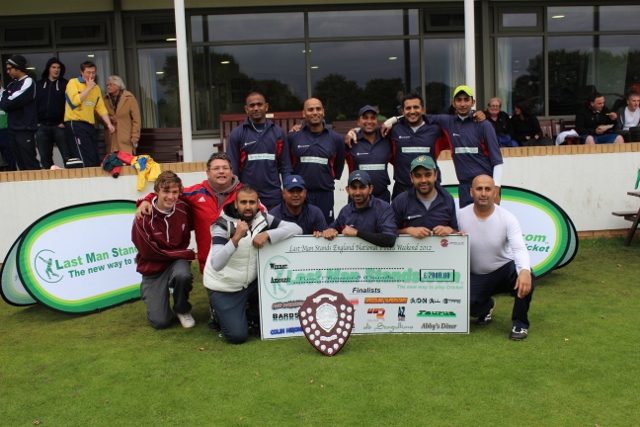 Congratulations to Abby's Diner, from Rotherham in South Yorkshire, who triumphed over the London team Old Seagullians in the English National Finals day at Neston!

- FOLLOW THIS LINK FOR A FULL ENGLISH FINALS TOURNAMENT REPORT

- VIEW HIGHLIGHTS FROM THE ENGLISH NATIONAL FINAL VIA THIS LINK

- THE ENGLISH LMS MASCOT RACE CAN BE VIEWED VIA THIS LINK

Taylor Peach's unbelievable innings in the final (84 off 25 balls including a home run) saw The 2nd XIÂ from Ipswich become the new Australian champions, beating Canberra champions, 3 Short, in the final. We wish the new Aussie champs all the best for their trip to England and Lord's next year!

FOLLOW THIS LINK FOR THE FULL 2012 AUSTRALIAN NATIONAL CHAMPIONSHIPS REPORT 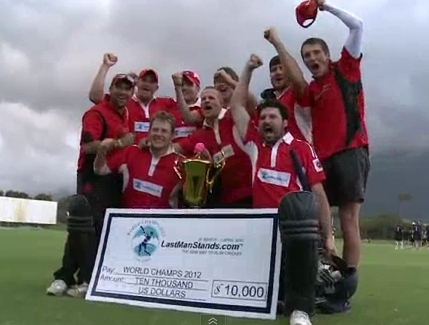 Well done to Kings VIII, who added to their World Champions trophy by taking out the South African nationals title, beating former champs Rebels in the final!Â Can anyone stop Last Man Stands' top ranked team?!

- VIEW THIS CLIP SOME CLASSIC IMAGES FROM THE TOURNAMENT

The next national championships coming up will be in Auckland, New Zealand, in January with a $10,000 NZD prize fund available for the winning team! So what are you waiting for - enter your team now!

NZ Favourites - Southern: Can anyone stop former All-Black Marc Ellis and his team Southern?Southern are NZ's number 1 ranked team and are now placed at number in the global rankings. The Aucklanders will be confident going into this December's national championships, particularly given they have a couple of Kiwi sporting legends in their ranks - Marc Ellis &Â Martin Crowe. To see some footage of Southern in action, check out this link. The New Zealanders didn't manage to make it over to the World Championships this year in Cape Town, so we're especially looking forward to them making the trip to English shores in August next year!